Is What I Tell My Attorney Confidential 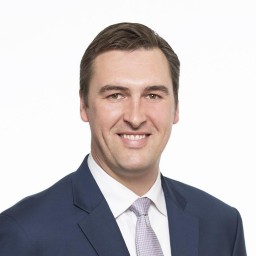 The short answer is generally. Many people have some idea of an unbreakable confidentiality privilege between attorneys and their clients. They’ve seen it in television shows and movies, but they don’t quite comprehend it. However, it is important to understand when the Attorney-Client privilege kicks into gear and its limitations.

Who’s covered by this privilege?

This privilege is not held between an attorney and every person he or she comes into contact with. It is limited to the attorney, his clients, and potential clients who have discussed their case with him.

What this means to you is when you meet with the attorneys at The Law Office Of Robert B. Buchanan, what you say will be held in confidence between you and them. As a potential client, this privilege is extended to information given for the purpose of obtaining legal representation. If your spouse was to come in for a consultation the next day and retain us, we would be bound by the attorney-client privilege and could not reveal anything we learned during your consultation.

What’s covered by this privilege?

When does this privilege end?

The Attorney-Client privilege does not end. Communications between a client and their attorney are to be kept confidential indefinitely, even after the death of the client. However, should the information become widely known, the privilege, in regards to that specific piece of information, no longer exists.

You may have heard of instances in which attorneys shed light on a cold case 20 years later. Typically in these situations, the attorneys were given permission by the client to reveal the information after his or her death. Without permission from the client, the attorneys would be in breach of their ethical duty to their client.

If you’re still unsure as to what is or isn’t covered, we would be happy to discuss this with you during your consultation.